The U.S. Corps of Engineers developed Crow Butte Park in the ‘70s as part of the McNary Dam project. The Corps then transferred the Park to Washington state to operate. The state managed the facility for several years but was unable to continue operations due to budget constraints. After an association of local farmers managed Crow Butte on a volunteer basis for 18 months to help save it, Port of Benton heard about the park’s uncertain future and offered to help. The Corps of Engineers leased Crow Butte to the Port in 2007.

Benton County and Klickitat County helped fund capital improvements at the park for the first three years, enabling several upgrades. In the years since, the Port has made further improvements and added amenities using grants, County and Port funds.

Crow Butte is considered by local Tribes to be a traditional cultural property due to its use as a winter village, fishing area, and a place of other traditional practices from pre-contact to contemporary times. 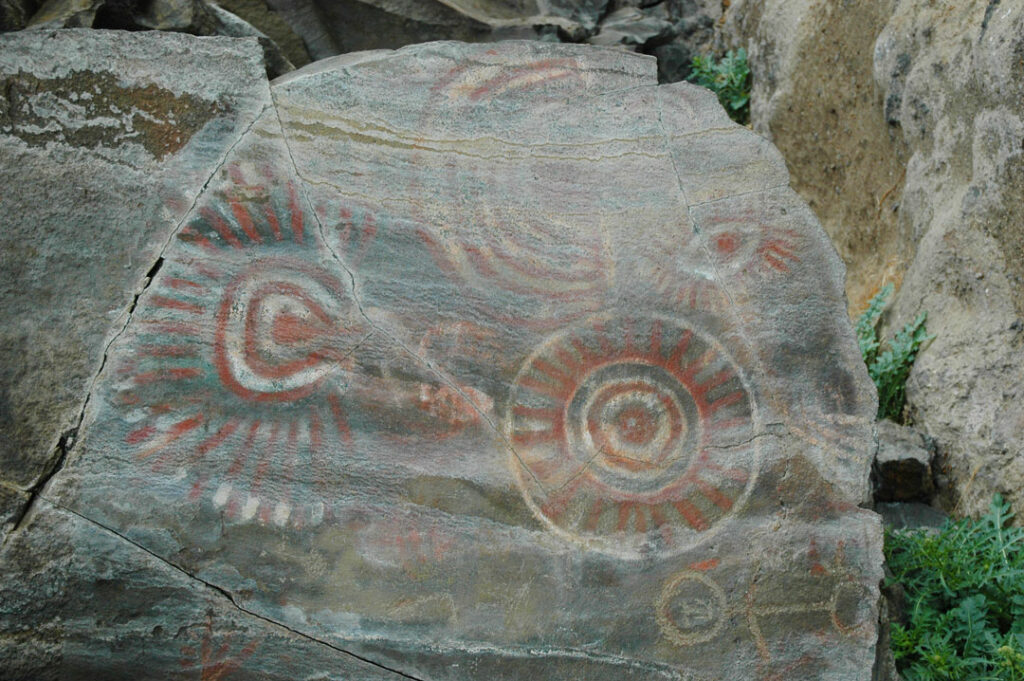 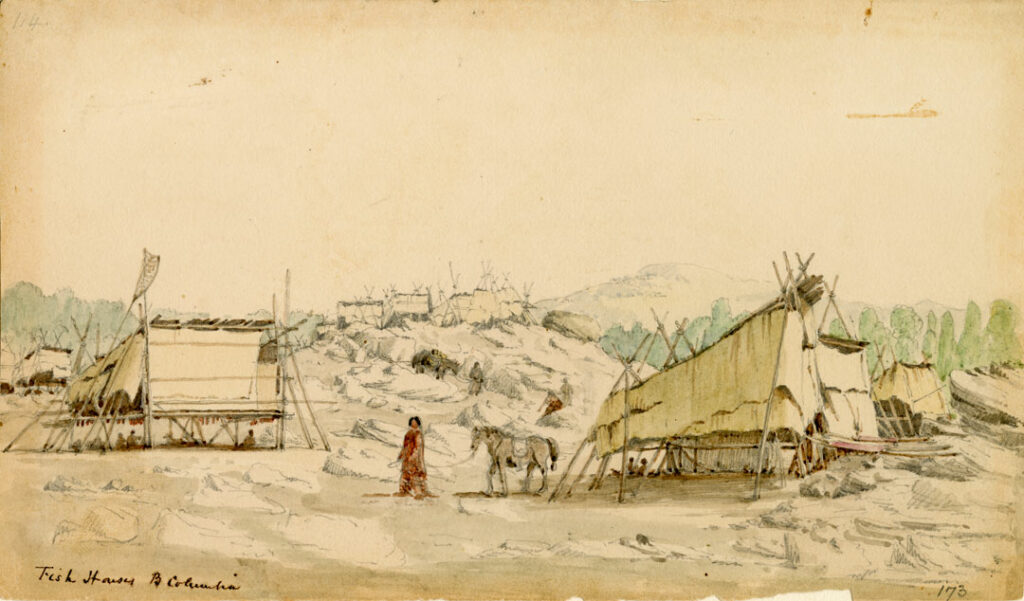 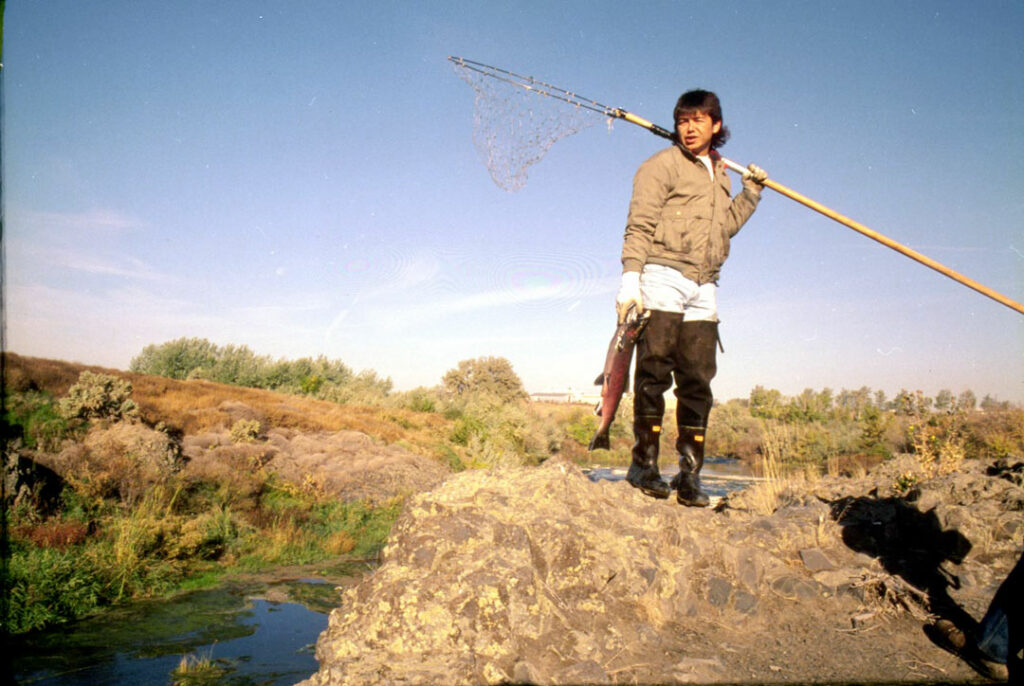 These Places Have Been Named

The region is known as the Columbia River Plateau. Nĕi Wána, the native name for the Columbia, meaning ‘Big River,’ is at the heart of the tribal homeland. Mid-Columbia River peoples made this area around and including Crow Butte one of their permanent winter villages. (Interpretive Signage at Crow Butte) 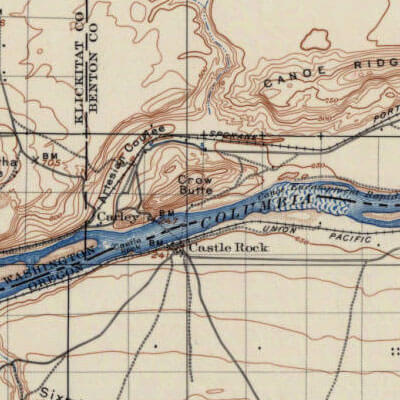 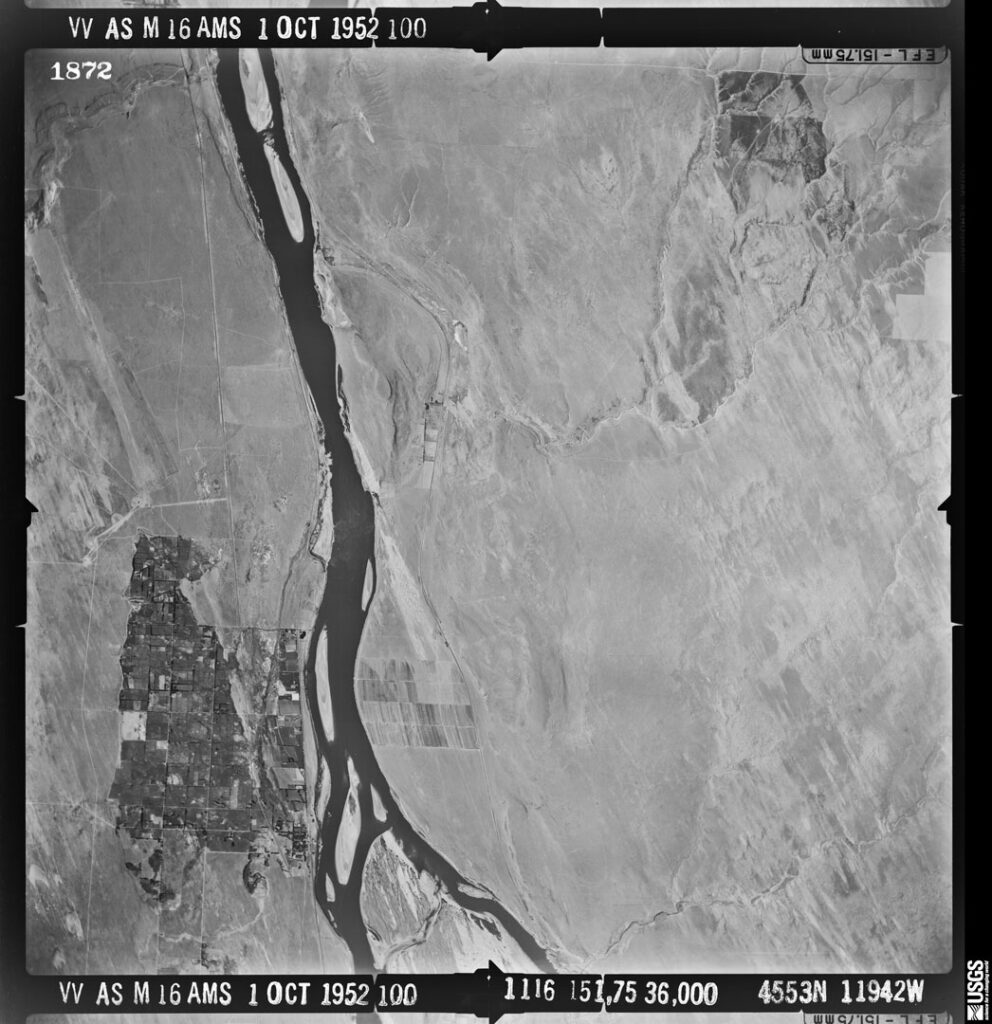 When homesteading began in the area in 1850, the Crow family was one of the first to come west. The site of their homestead is now under the waters of the nearby John Day Reservoir. During a 1941 U.S. Army Corps of Engineers survey, the name “Crow Butte” was assigned to the area. (Washington State Parks and Recreation Website)

The site of Crow Butte Park is Crow Butte Island – yet the island formation is anthropogenic. Before being an island, the area was a hill connected to the shore. When the U.S. Army Corps of Engineers built John Day Dam, the Columbia River waters inundated the site and wrapped around the hill and the island formed.

Washington state operated Crow Butte Park as a State Park from April 1977 through October 2002. Due to budget constraints, the State Park was closed to the great disappointment of the surrounding community. The following year, local farmers created the Crow Butte Park Association to manage the park on a volunteer basis for 18 months.

In 2007, the Port heard about the financial challenges to keep Crow Butte Park open and maintained and offered to help. The Port signed an agreement with the U.S. Army Corps of Engineers in August 2007 to manage the park. 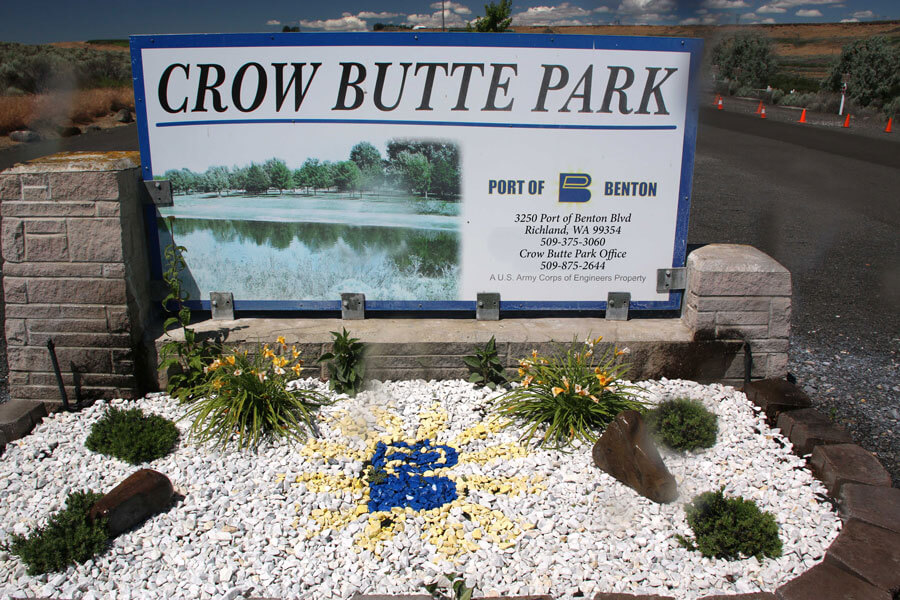 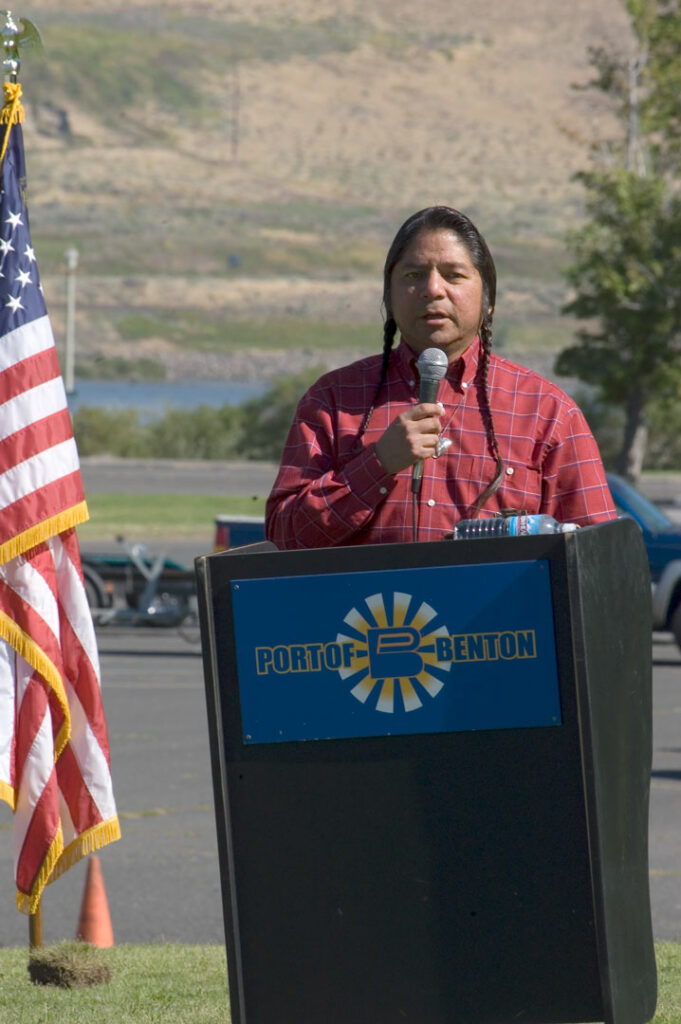 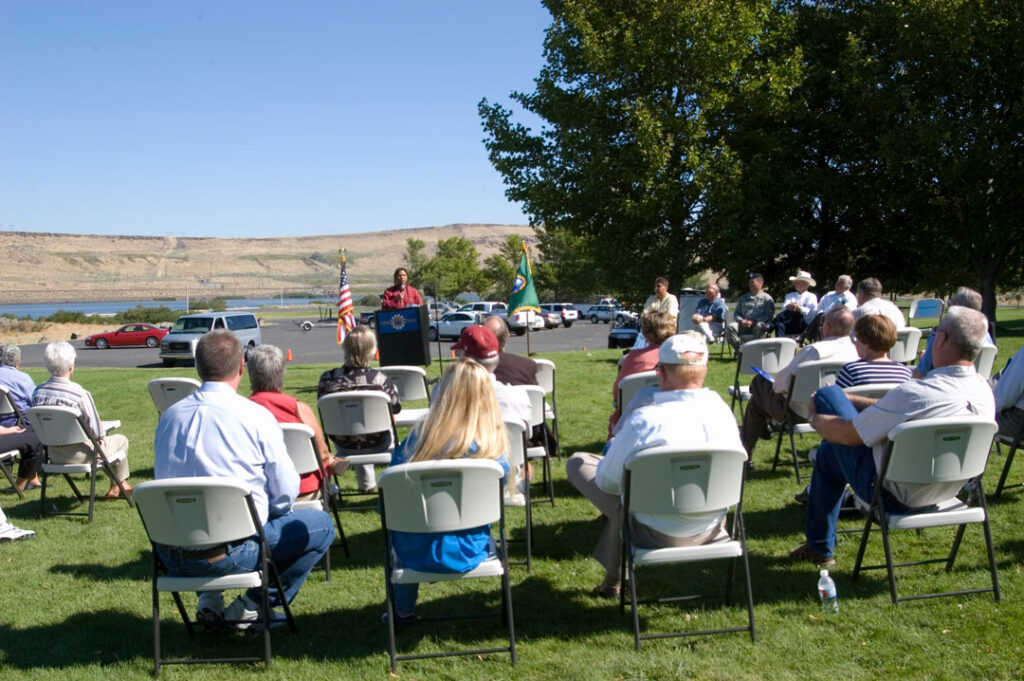 Armand Minthorn, a religious leader from the Confederated Tribes of the Umatilla Indian Reservation (CTUIR), conducted a ceremony to bless Crow Butte Park on August 28, 2007. The Park is located on Crow Butte Island, which is culturally significant to the CTUIR Tribes. 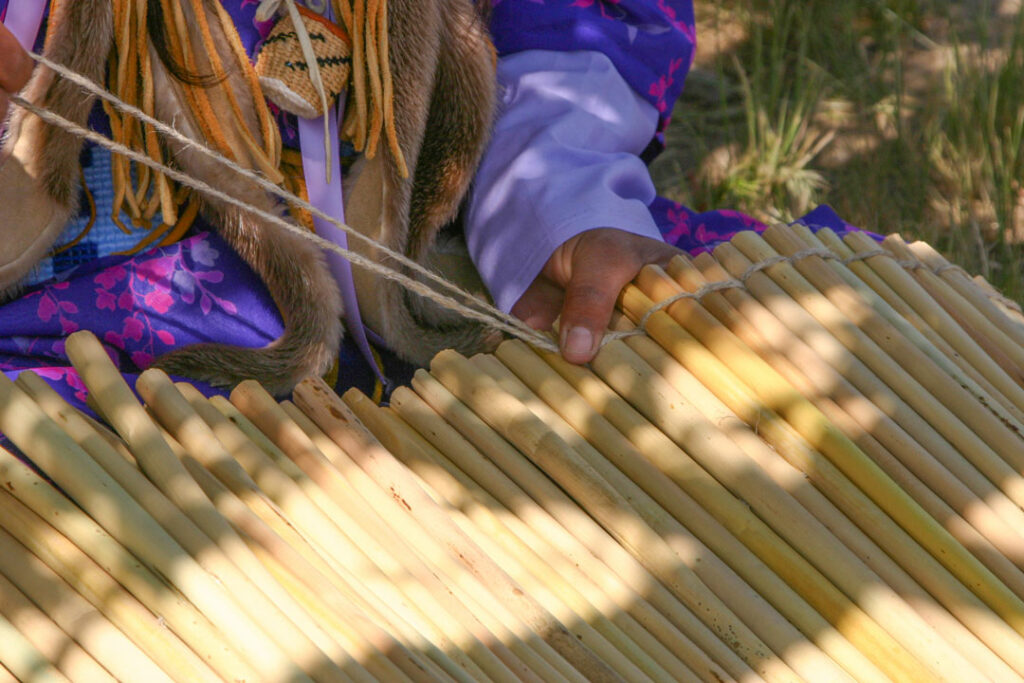 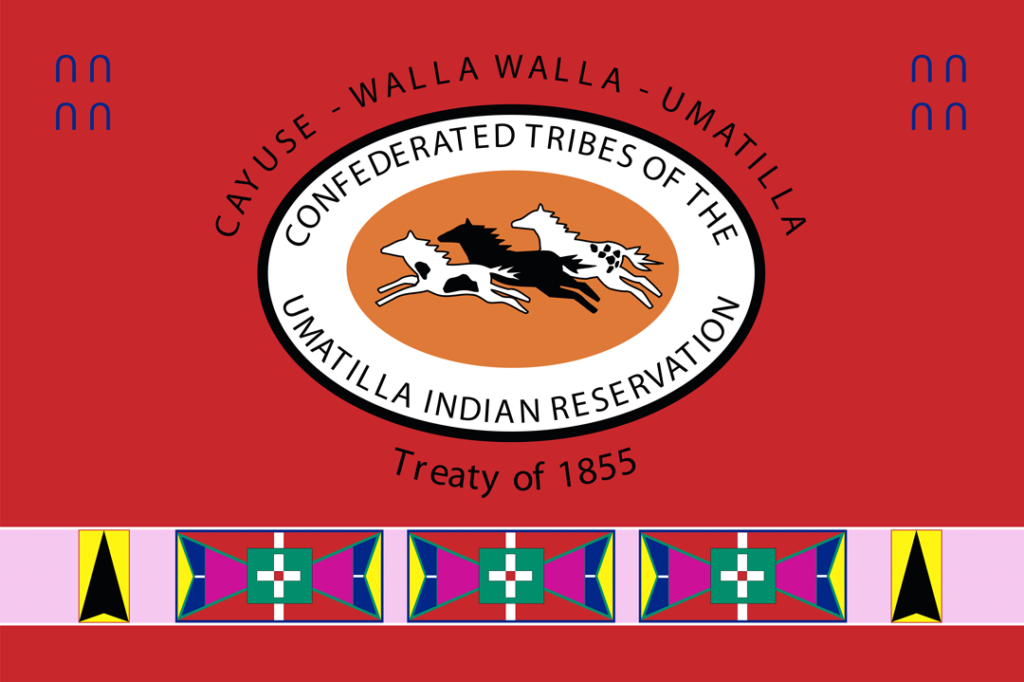 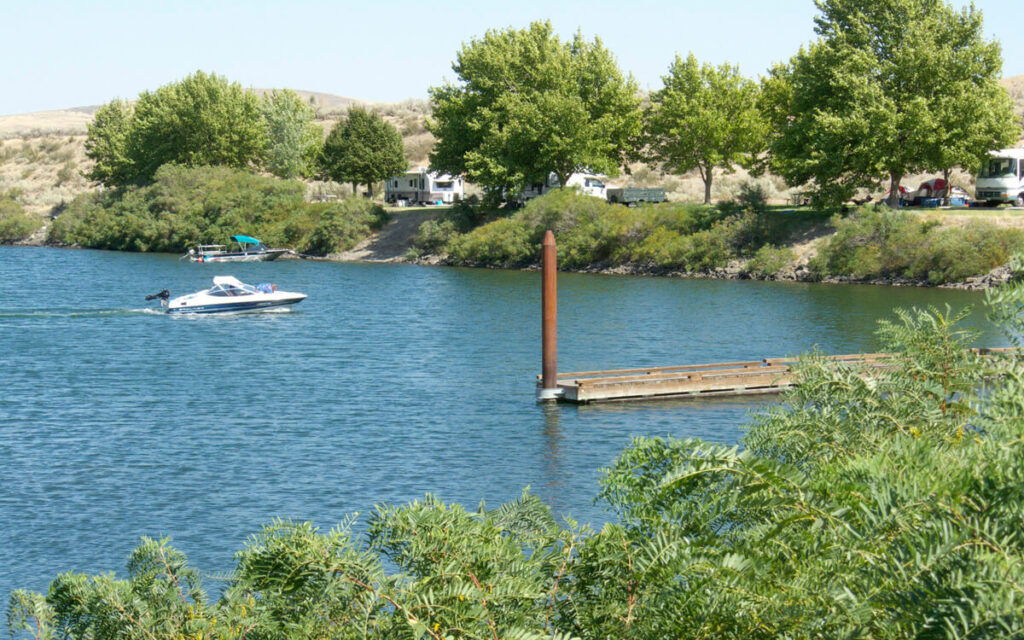 In 2007, Benton County and Klickitat County committed $50,000 each toward capital improvements for three years. Their financial contributions and Port operations and maintenance made it possible to restore, upgrade and improve facilities. 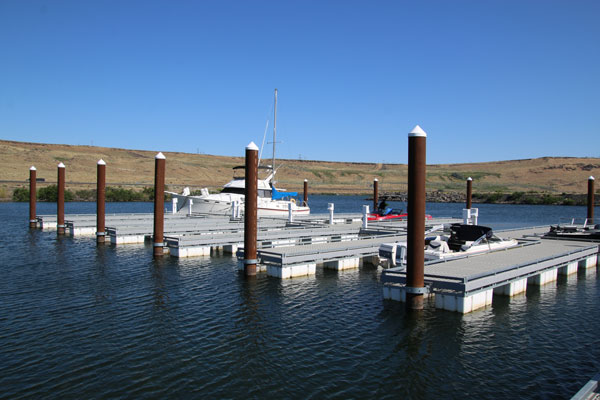 In 2015, Port of Benton completed replacement of the existing main boat launch, boat basin floating dock and gangway. Additional improvements included creating ADA compliant access and installing a new restroom, a fish cleaning station, 12 new boat slips and associated electrical, water and sewer line extensions. The state Recreation and Conservation Office awarded the Port a $622,000 grant in 2013 to help make the improvements, and the Port paid the remaining 25% of the project costs. 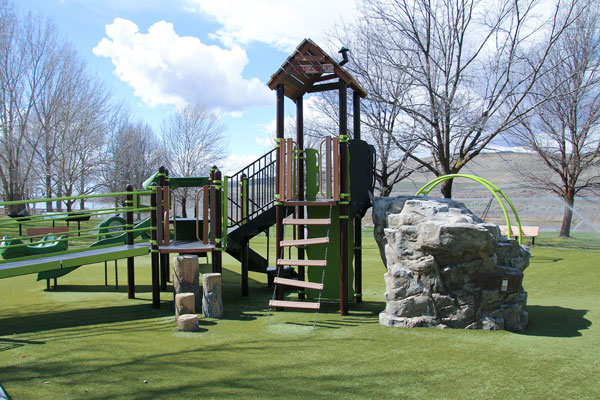 The Recreation and Conservation Office awarded Port of Benton a $167,000 grant to complete the new ADA friendly playground at Crow Butte Park. Those funds, plus $182,047 from the Port, funded the project. Contractors completed the playground in 2016. 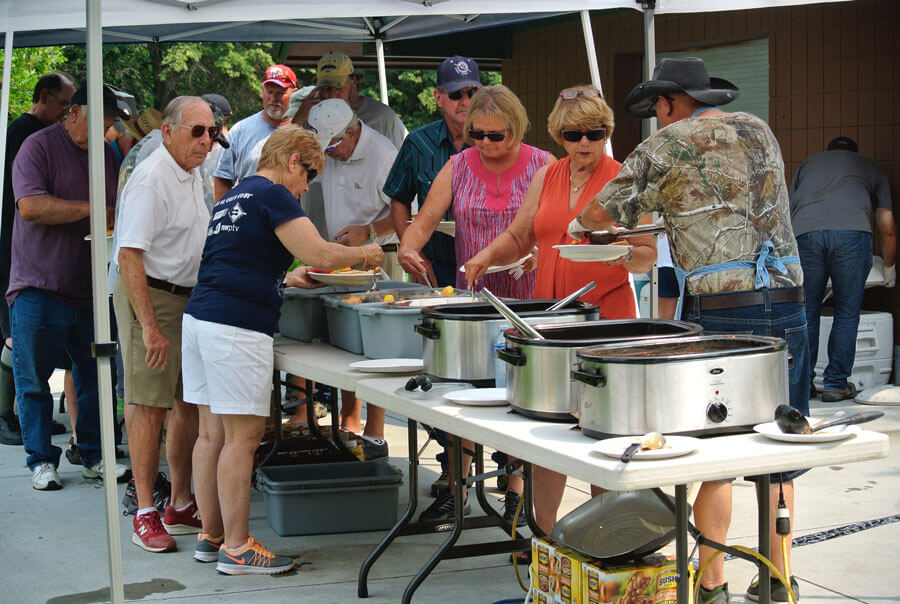 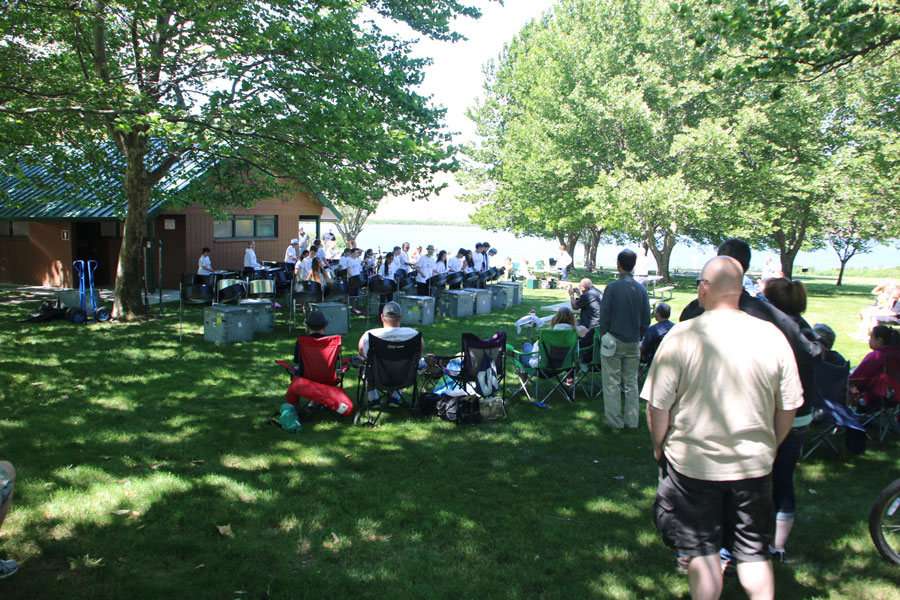 Port of Benton hosted a community barbecue on August 5, 2017, to celebrate the 10th anniversary of its operation of Crow Butte Park. With the help of the state’s Recreation and Conservation Office, Confederated Tribes of the Umatilla Indian Reservation, Benton & Klickitat Counties, Port District residents, supporters in the surrounding communities and others, the Port will continue to plan upgrades to the park and facilities. 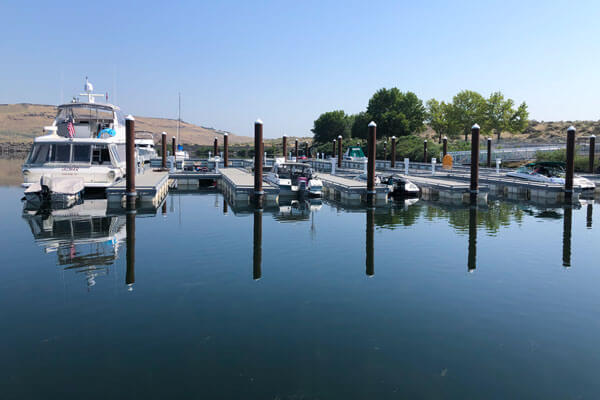 Boaters now have 12 additional boat slips, including four larger slips, at the Crow Butte Park marina, bringing the total to 22. In 2017, the Port added the boat slips and installed another ADA access point to the marina. The Port received $641,555 through the Washington State Recreation and Conservation Office for these improvements, which was matched by $146,945 in Port funds.

The Port recently completed environmental and cultural resources reviews, engineering, design and permitting for a future campground expansion anticipated to add 20 or more campsites overlooking the Crow Butte Park Marina. To fund the planning, the Recreation and Conservation Office awarded a $210,000 grant to the Port in 2018, and the Port contributed the remaining $75,000. The Port continues its planning process and exploring opportunities to finance this project. 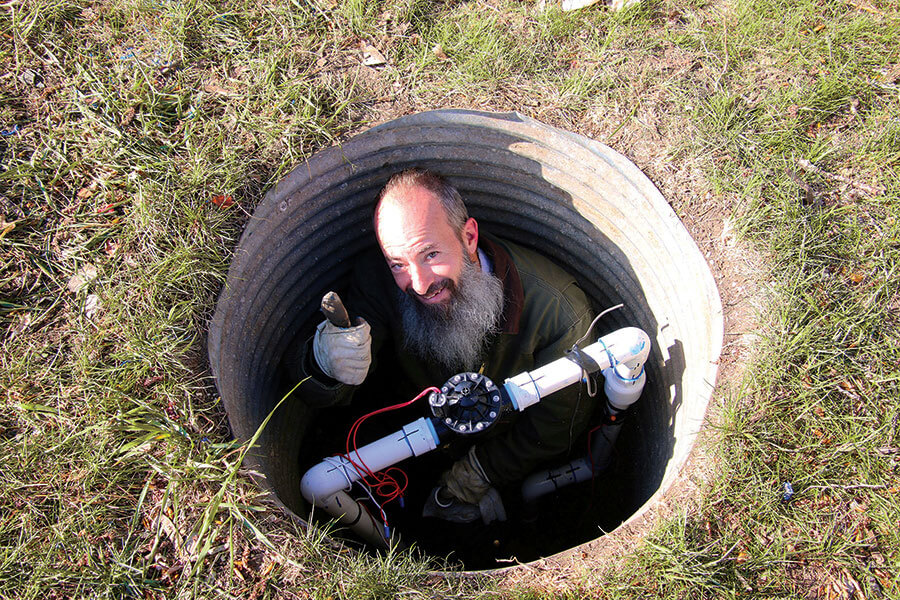 The COVID-19 pandemic forced closures around the nation, including in Benton County. The Port closed the campground for the 2020 season per state health guidelines. Once it was safe to do so, the Port took advantage of the closure and spent $115,000 to upgrade the irrigation and sewer systems, repair the caretaker’s house and trim overgrown trees and shrubs.